The following jokes were conceived of and played out while I was a counselor at an overnight summer camp for youth, ages 7-12. Several of these jokes I still use to this very day. Practical jokes helped the counselors last through the grueling weeks of the job and are responsible for some of our fondest memories during our time at camp. I attended the camp, for 6 years as a camper, and always enjoyed the jokes the counselors played on their fellow staff and on us. Although some of the jokes I mention were played on the children, and at first may sound cruel, former campers have told me they look back and appreciate their camp experience. We also never played jokes on campers we disliked, or those who we thought would suffer long-term damage by our gags.

I have heard from other counselors that the camps they worked at were also breeding grounds for practical jokes. I believe this phenomenon comes about for a variety of reasons, some of which include: 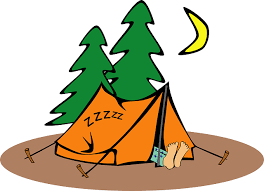 On my grade 8 end year trip we went camping. The girls wanted to get the boys good. So what we did was made brownies and put x-lax in them. The boys were eating them all the way to the camp. When we arrived at the camp, we hid all the toilet paper and plastic wrapped the toilet seats! It was a weekend to remember.

– From Samanth, the She-Devil girl

We were staying in a college dorm for camp and we were already there for two days but couldn’t sleep because the neighbors would pound on the walls all night so we got some fox pee and deer pee and went in there room and put some pee in their cologne and shampoo. We then came back that night and locked them in their room then sprayed pee under there door so they had a rude awakening in the morning. The next day we pooped in a trash can and set it outside so it baked, then hid it in their room.

Another prank we did to someone else was to put catfish bait in a glass of water soaking in the sun for a day. We then were able to spray the catfish juice on someone’s radiator so when they would turn the heat or air conditioning on they would smell the sweat stench of catfish.

– From Josh in Springfield

One day in summer camp, I made fun of some girls who were standing nearby. That night, I had a bad feeling something bad was going to happen but I went to sleep anyway. In the morning I was covered in makeup, nail polish, lipstick, etc… I never went to that camp again!

Okay- here’s one for revenge. It would be best to do this somewhere where the person you are pranking cannot get another pair of clothes-like camping for example. What you do is get a container of Bleach and put a bunch of hair in it and leave it there over night. Next morning, drain it and chop the hair real fine… and it becomes itching powder!!! Put it all over the other person’s clothes!!!! hah!!!!!

– From Amber B. in Vancouver, WA

Another Revenge Prank – Trash the Cabin

This is a revenge prank for when you’re at summer camp! Last summer at camp my friends and I need to come up with a great revenge prank so we thought of one and put it into action!! You see in this camp, you had to keep your cabin clean or you wouldn’t be allowed to join in the activities……so since the next day we were going canoeing (everyone’s favorite) we decided to totally trash this brat girl and her friend’s cabin!! Since the doors are never locked we snuck in a totally destroyed it (we also added honey and silly string) the next day they weren’t allowed to join in any of the activities!!

This is for all the camping people out there. Okay if ya’ll go camping with alot of friends this practical joke is totally for you!! Get some bright red lipstick and put it on somebody’s lips. Then put lip marks all over someone else’s face that is of the same sex and sort of smear some lipstick on their lips. Take photos if you can!

I was a camp counselor and had many pranks played on me along with playing a few myself. As a rookie counselor of 24 years old on my first day of camp I made the mistake of wearing white shorts, white Bobby-socks, white canvas sneakers, and an expensive summer sweater. Big mistake!!! I discovered a bucket of sticky black tar at the bottom of the steps of my cabin.

That is, I discovered the bucket of tar AFTER it became attached to my foot!!! By the end of the day, I had tar all over myself, and my outfit was ruined!!! I found out that another counselor, about 20 years my elder, played the prank on me. She was not laughing so loudly after I put DRANO in her laundry detergent.

One week at camp this past summer, I and my friends decided to go down in CCA history at Forest Home. CCA’s are volunteers that help out with the family camp kids. Anyways, we are treated like dirt by all of the staff, even the most of our counselors. So we decided to post-it note one of our counselor’s car (one that we actually liked). We covered the entire car in yellow post-its, and it was very time consuming for our counselor to remove them the next morning. HAHA!

We went to a camp that had one section for boys and the other for girls … well one night we stayed up real late and snuck over to the guys bunk and we decorated them as they slept with lipstick, toothpaste, markers and then we put Vaseline between their toes to make them subconsciously wriggle all night.

We also rigged booby traps by putting webs over each bunk and when they hit the strings, down would come talcum powder, mud, pancake syrup, or other stuff which we put in big paper cups.

– From Elaine in Pennsylvania

While at a summer camp one time some other girls played this prank at the mess hall over night. They turned all the tables upside down and removed all the chairs, and put the stacked in all of their dorms. They then hid all of the silverware as well. When we walked in to eat breakfast in the morning we had to sit and eat on the floor with our fingers! The worst part is we were having cereal.

At Girl Scout camp we waded through the lake in the middle of the night to the YMCA camp, and hoisted a huge pear of Wal-Mart pants up the flag pole that said girl scouts rule!

My brother and his friends did this to me and my sister. This only works if you have a cabin…. me and my sis went to bed and in the middle of the night, she woke me up to go with her down to the outhouse because she was scared to go all by herself. I didn’t want to go though, so when she finally mustered up the courage to go, she tried to open the door but couldn’t. I tried also but it turns out that our cabin door was tied shut!

My brother and his friends tied a rope around our doorknob and around a post on the cabin porch. She really had to pee! The cabin had windows, but good luck trying to get a girl to squat out one. It was sooooooo funny…. and we still have to get back at them for revenge.

Is that for breakfast? Put canoes in your camp kitchen if you can!

– From Becky in Shelton, WA